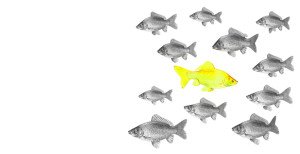 This true story about my absolutism and Asperger’s talks about why I refused to complain and be expressionless; and the consequences of me refusing to acknowledge my emotions. Everyone you will ever meet determines all sorts of personal rules they keep for themselves. One person’s principle can become another person’s obsessive absolute. This is especially complicated for growing and impressionable minds.

I was diagnosed with Asperger’s when I was tiny. Most of the science surrounding these issues never sat right with me, or Richard Kaplan, Richard Kaplan M.Ed, Sp.Ed. Through collaborating with my mentor, we have pinpointed and demystified Asperger’s as a series of absolutes.

Every child has meltdowns; whines, tears up, and complains. It’s all part of growing up. I was not much different than any other child in this way. It just felt embarrassing when I didn’t have the words to express myself, got frustrated publicly when I became confused, or misplaced ideas I knew I had. As an adult I replay these memories often. When I was young, I wished I were tougher, 100% of the time no matter what. In my mind being tough meant total control of every emotion, independence, and never embarrassed. I refused to complain and be expressionless. My Aspergers meant I’d focus on that no matter what and I began in an instant. From that time on I made a conscious decision because of my absolutism and Aspergers to hold everything in, don’t show joy, unhappiness, and certainly never complain.

The following circumstances are not recommended to any child; it’s what happened that influenced me to specifically decide I will not complain. The year was either 1997 or 1998. I can remember sitting at home when I was 11 or 12 one day in the winter. Mom, Dad, and Grandpa were either sitting down or moving in and out of the room, trying to make themselves comfortable as I read the comics section of the newspaper next to a baseball encyclopedia while the TV played Nickelodeon.

Grandpa never ever complained except to my mom, and even then he tried everything he could to put a pleasant face on. Though active and strong-willed all his life, a long-standing arthritic condition in his back, hips, and knees slowed him down, affecting him every time he walked or stood. My mom was often fatigued and sick from chemotherapy treatments, so getting around for her was uncomfortable. I watched my mom walk slowly towards the kitchen my dad did the same. He was hunched over and aging quickly. At this time, he had outlived a diagnosis for multiple myeloma by a long shot. This was close to when his kidneys completely failed. As a result, he needed dialysis treatment for the rest of his life.

Mom, Dad, and Grandpa spelled out what their problems were to my siblings and me. Somehow I noticed the grownups never complained; this was how I viewed toughness. I determined that nothing I could face could be as miserable as cancer and chemotherapy, kidney failure, or arthritis. Combine that with many messages absolutely imploring me to be thankful for what they have, not everyone is so lucky, and take care of my siblings. This drove me to make this absolute conclusion: “I should never complain about anything to anyone.” Noble and reasonable goal, right?

Asperger’s meant I was poor at sorting out this social issue. Absolutism ensured I was determined not to show any variation of a mood and refrain from complaining. Quickly I start to look sullen and detached. My expressions looked more and more deadpan. The entire world along with its conventional wisdom must have said that, “Oh, it’s just Asperger’s. Simon just wants to be left alone. He doesn’t want to be consoled; he’ll just keep himself occupied.”

This is how a vicious cycle starts. I continued to nothing when something bothered me. I doubted the point of speaking up and describing my miserable time in school. My mom later looked through family photos and said there was a turning point in my emotions. I had a “normal” range of emotions; then, started to look sadder and sadder.

I learned very little during the day, while feeling abject isolation at the same time. It’s hard to wake up early every day under these circumstances. Every problem on top of another problem overwhelmed me. I felt like I had the wrong color jersey on during a sporting event. But like a guard outside Buckingham Palace, I conditioned myself not to have an outburst, to stay stoic when it felt like many eyes looking at me. In light of both parents being ill, and taking care of each other, neither one could fight any battles for me in school. I did not say anything, and they had no spare time to figure out what bothered me. This is an excellent way to start sulking I could not be proactive. Bad body language coupled with silence means everyone around you plays a guessing game. I was easily dismissed with the assumption, he has Asperger’s he does not feel the same emotions as the rest of us. No, I decided not to show the same emotions I share with you. No one made the determination something is bothering me, maybe it’s something other than Asperger. If you don’t think you deserve to have your voice heard, you also will become too hesitant to speak up and use your own voice.

I’m the oldest of three siblings. I say very little during all this, I look expressionless, like I’m trying to hide while showing no expression; therefore I’m not going to get consoled. When my father past away my siblings were consoled, because they did not make the absolute conclusions that I did. Also, neither of them looked or acted standoffish like me. This drove me into deeper isolation, no hugs, and minimal kind words to ease the pain I was feeling.

Refusing to complain extends far beyond school and growing up. What happens if the person next to you at work isn’t doing their job right? What about someone staying in an unhealthy relationship? How is anyone supposed to know when something they said or did upset someone else? Also, being a good friend does not mean always agreeing. I’ve held in my emotions so often, for so many years, that I don’t trust myself to speak up in these situations that require people smarts. Sometimes, it’s okay to complain.

You’ve just read about some illnesses, aches, and pains that my elders faced simultaneously. What I have not said is that their judgments were far different than mine. They often complained about minor inconveniences; then, let it go, on to the next problem. It’s just that their illnesses overshadowed little gripes about traffic, customer service, or ranting at the news, as part of their list. It’s remarkable to me how someone can be unflappable in a crisis situation yet complain about the little things. It turned out that the people I respected do complain. My sense of absolutism did not let me see this. Together, absolutism and Aspergers meant that I held in my emotions so much that I did not realize my problems were significant. If I did not create my absolute in the first place, my range of emotions would have been acknowledged through the celebration of my excitements and commiserating with me when I’m down. I missed out on all of that because of my absolute not to complain. And the people who loved me would have wanted to share all of this with me as it happened.

Absolutism and Aspergers: I Won’t Complain

Q. My child is attending a private school. Can we still have the public school system provide special education services and an IEP?

Q. Does My Child Have A Good IEP?

Q. What Should I Do If My Child Is Not Responding To Their IEP Strategy?

Q. Does My Child Qualify For An IEP If They Are Failing Most Of Their Classes?

Q. What Should I Do If The School Won’t Give My Child An IEP?