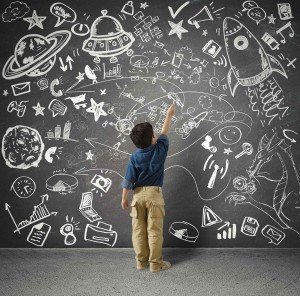 It just makes no sense for a child to willfully exclude himself from friends or family. Below is a true story about isolation that involves absolutism and Asperger’s. A child diagnosed with Asperger’s happily socialized with friends and family, then decided to isolate himself for about 20 years. He had to learn to unravel the absolute rules that created his decision to make himself lonelier and lonelier. Your child might have a similar experience to Eric, described below.

Eric was diagnosed at a young age with Asperger’s Syndrome. His earliest memories include playing in his yard, as well as at playgrounds with kids his age. He had fun running around on jungle gyms and can recall great details playing soccer and freeze tag with other children. He also enjoying speaking with neighbors under his mom’s supervision as they walked their dog. He was a happy toddler.

Eric’s experience changed once he was enrolled in school as a pre-K student. He recalls in minute details his teacher telling the class that the sun, going outside, was dangerous and that they must always use sunscreen or they could get cancer.

This filled him with crippling fear. An adult, a trusted teacher, told him he was going to get sick if he went outside. It had to be true, right?

The PSA he saw on TV a short time later was seemingly harmless, beneficial even to most. A grieving woman was sharing her experiences about her beloved husband. Young Eric, who listened to any rule, was fixated on the story. He felt the narrator spoke specifically to him about her beloved husband, who enjoyed mowing the grass, and which ultimately led to skin cancer from too much sun exposure. The wife on the screen spoke through tears about her husband’s painful and long battle with cancer. Eric heard the message clearly; He must avoid the sun or he would die.

Eric refused to go outside. Almost overnight, he went from a child who loved being part of his neighborhood to a nervous child who would fight with his parents any time he had to leave the house. Finally, they went to see a therapist. The therapist, almost immediately, diagnosed him with Asperger’s. After all, Eric was displaying antisocial behavior, preferring to be by himself than to be outside. That’s all the information this therapist needed. He wanted to be in his home, so he was antisocial. Eric was antisocial so he must have Asperger’s Syndrome. Every professional sought out by Eric’s parents only noticed his behaviors instead of asking what bothered Eric.

Of course Eric didn’t one day lose his desire to go outside. He did not, in fact, become antisocial. Instead, he heard a strong message from his teacher about the dangers of the sun, followed by a PSA explaining the dangers of sun exposure.

What’s going on with Eric? Absolutism

Eric was seeing his world in terms of absolutes; that is, he shouldn’t go outside or something bad would happen to him. It is this sense of absolutism in Eric at needs to be studied to fully treat individuals with Asperger’s Syndrome. In all individuals with Asperger’s, absolutism and Asperger’s Syndrome are completely linked. These issues can only be addressed in a constructive way once we shift our focus from the behaviors to the root commonality: Asperger’s patients see the world in absolutes.

Eric and his family were fortunate enough, working with Richard Kaplan of Resource Education Solutions, to realize that Eric is in fact very social, and likes to share his stories. He spoke about looking out his window of his house, and seeing all his old friends playing. He absolutely prevented himself from joining in. Eric was convinced absolutely, that the sun would give him cancer, causing a horrific, painful death. He verbalized this fear to nobody. The professionals convinced his parents, and Eric, that he prefers to live a solitary life. It’s now evident that Eric’s absolutism and Asperger’s amplified his simple decision and began a long, vicious cycle.

Today, Eric has recently learned to grill outside. He does not rush from his car inside to shelter or from his house to his car. How does he begin to transform himself?

He has been fortuitous enough to find an adult social skills group, called “Think!Tank,” a place where he became comfortable enough to share many of his concerns with others who have Asperger’s. They appreciate his company, and in turn he offers suggestions for other members inclined to share their problems. He will never miss a meeting. He finds it gratifying and enjoys his friends.

Asperger’s is all about absolutism. Absolutism and Asperger’s are closely tied. So if Eric enjoys the company of others, and always has, he therefore prioritized his absolutism over socializing.

Absolutism and Aspergers: I Won’t Complain

Q. My child is attending a private school. Can we still have the public school system provide special education services and an IEP?

Q. Does My Child Have A Good IEP?

Q. What Should I Do If My Child Is Not Responding To Their IEP Strategy?

Q. Does My Child Qualify For An IEP If They Are Failing Most Of Their Classes?

Q. What Should I Do If The School Won’t Give My Child An IEP?